The most common screw head drives

It's the profile that counts. 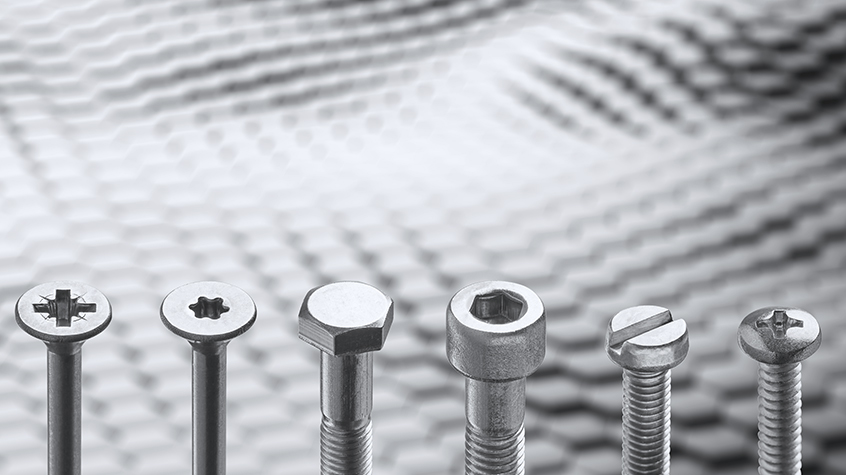 To make a secure bolted connection, it is not only the size of the tool (profile size) that matters – it's just as important to know the most common fastener profiles, their advantages and disadvantages. The following article presents the most important types of fastener heads:

The flat-slotted screw head is the most "traditional" kind. Right up to the 1930s, it was used more widely than any other type. The fact that many other profiles have superseded it today is mainly due to two major problems of this type of drive:

The cross-head drive has been improved over time. Today, there are several different types that can be tightened or loosened safely and easily with power tools and to high torques.

One prominent variant is the Pozidriv system ("PZ"), which is used especially in woodworking ("Spax"). In contrast to the classic cross-head drive, the flanks of the Pozidriv profile do not taper. Instead, this design is provided with additional, much smaller, tapering notches in the centre of the drive, which give it its star-like appearance. Common sizes are PZ0; PZ1; PZ2; PZ3; PZ4. 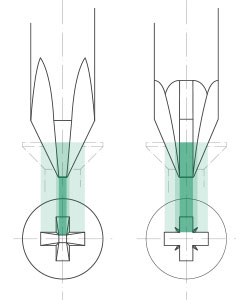 The internal hex drive is better known under the name "Allen". The tool used is a simple hexagonal key. The width across flats is the distance between opposite sides in millimetres (or inches).

With the external hexagon, the entire fastener head serves as the drive. The width across flats is the distance between the opposite sides in millimetres (or inches).

The Torx drive eliminates all the disadvantages of the classic Phillips drive. Like the hexagonal drive, it is also available as an inner and outer profile. The Torx drive offers a much better grip than most other drives, there is no axial force or cam-out effect, slipping off is almost impossible.

There are now even further developed versions of the Torx drive. "Torx Plus", for example, has lobes that are more square to allow higher torques and minimise wear. In this way, drive action is even more positive. In addition, tamper-proof variants of Torx and Torx Plus can be found on the market: "Torx TR" and "Torx Plus TR". "TR" stands for "tamper resistant". A fastener with a TR drive can only be tightened or loosened with a suitable bit.